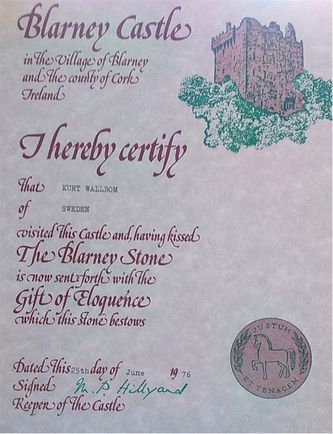 We have played Irish traditional music since the early 70' s. The band has always been based in Sweden and was started by Kurre Wallbom from Stockholm and Ronnie Carlyon from Dublin.

We sing the songs. We play jigs, reels, hornpipes and airs on fiddle, banjo, mandola, guitar,.

We try, in our own way, to take our version of Irish music a little step further, adding a mixture of Swedish traditional tunes, later day Irish, the occasional Springsteen and U2 song and even some bluegrass.

At times other musicians and friends, young and old, sit in for a session or a gig...

Different former members of the band have made great contributions over the years. Many thanks to:

Still the veterans below remain...